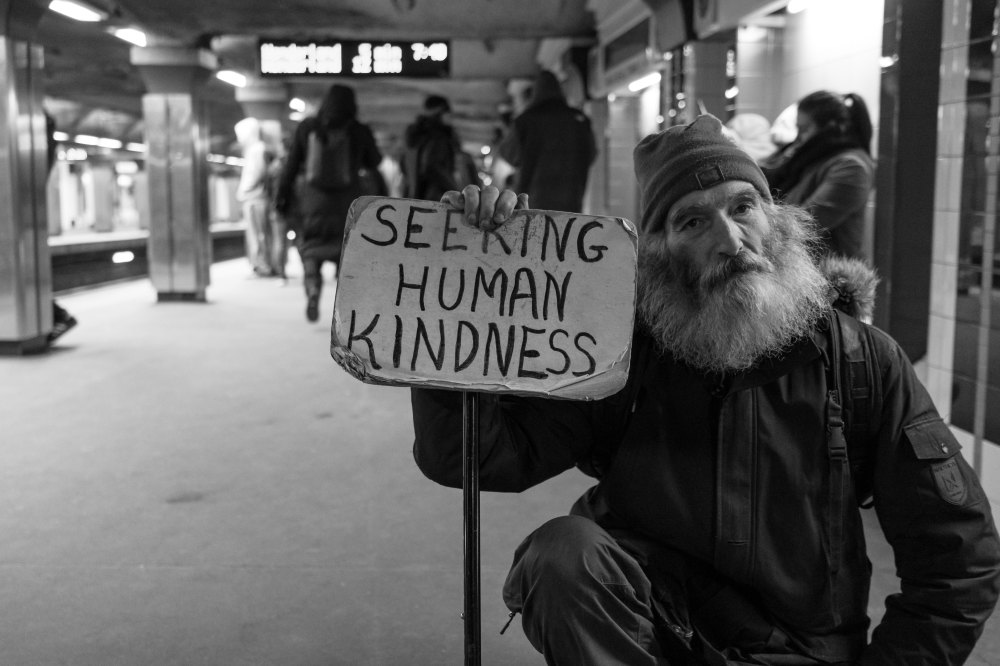 I think part of the natural human condition is concern with appearance. It doesn’t always manifest the same way, but we all to some degree or another are concerned with how we are perceived. Each day I go to a gym where hundreds of people will gather because they have some concern with how other people see them. The beauty and fashion industry generates billions each year because of our hopes to be looked at a certain way. We lunch with the right people or try to rub elbows with a certain group because we think it will elevate our social status and make us a part of the “in crowd”. And all of this is natural…I think. But yesterday I had one of the most unique encounters that reminded me of what my reputation really should be about. I was approached by a homeless woman outside the Walgreens near my house and I’ve been shook ever since.

The interaction went a bit like this. She began by asking me for a few dollars (I had forgotten that I actually had cash, as I rarely carry it) and I gave her a pad answer of sort. But then I asked her if I could buy her something from inside the store. She replied in a broken mumble that she had some peanut butter and some apple juice so she was okay for now. But then she noticed the hat I was wearing. I just returned from youth camp a few weeks ago and while I was there I purchased a Trevecca Nazarene University hat to rep my Alma Mater. She asked me if I went to school there and I replied, “Yes. Quite a few years ago now.” “Well, they are very kind there”, was her reply. Wow. An elderly homeless lady in my neighborhood recognized my hat as a place in Nashville that had been very kind to her. Talk about being labeled with the right reputation.

I think we sometimes forget about who Jesus sought out in this world. I think we sometimes forget about the reputation He was trying to earn. You see, I don’t think Jesus was going to the local gym each morning. I don’t believe that Jesus worried about the clothes on his back or the sandals that he wore. And I know that Jesus wasn’t trying to get into exclusive parties or events, but rather ate with tax collectors, drunkards and prostitutes. He touched lepers, was touched by the unclean, interacted with gentiles and even spent time with a Samaritan woman. In essence, he wasn’t very concerned with his reputation. This is why Paul reminds us of Jesus’ reputation in his letter to the Philippians, “Let this mind be in you which was also in Christ Jesus, who, being in the form of God, did not consider it robbery to be equal with God, but made Himself of no reputation” – Philippians 2:5-7 So in fact, Jesus was a man of no reputation. At least not one that we would value today. But maybe that is the reputation we should pursue. One that isn’t elevated in the eyes of the powerful, rich, elite and beautiful, but when recognized by the poor, oppressed and downtrodden that we are seen as Christ. After all, ‘I assure you that when you have done it for one of the least of these brothers and sisters of mine, you have done it for me.’ This is the reputation that our Lord truly cares about.