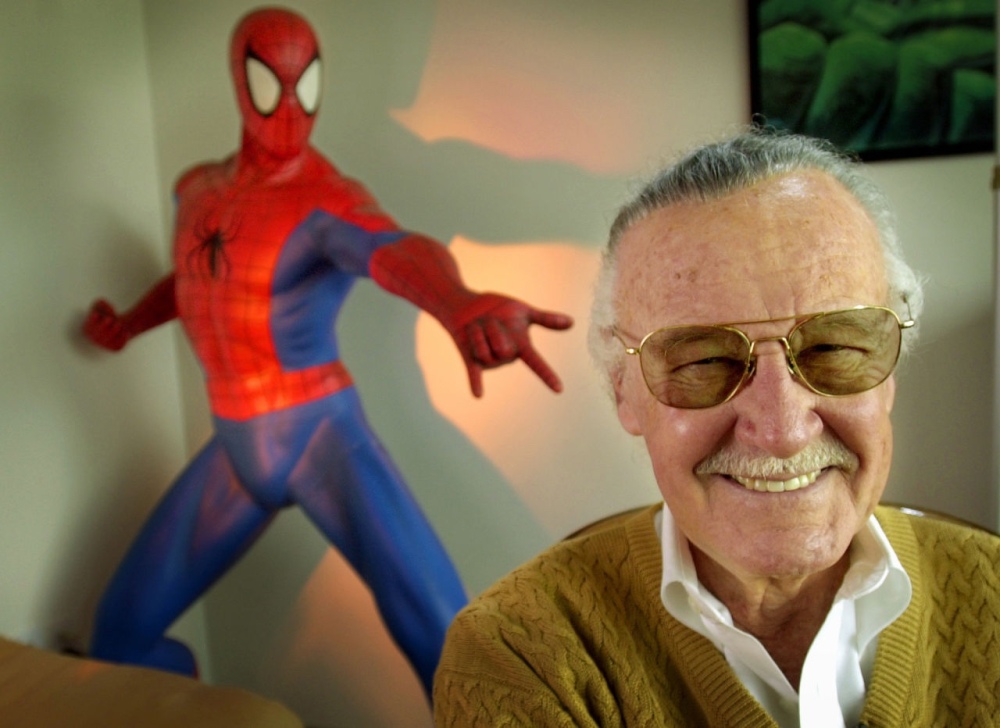 Yesterday the world lost an icon. Stan Lee was the founder of Marvel comics and the creator or co-creator of some of the best loved Superheroes of all time. These characters and their worlds of imagination have become household names: Daredevil‬, The Incredible Hulk, The Fantastic Four‬, Iron Man‬, Doctor Strange‬, The X-Men‬, The Avengers‬ and many more. Of course, his most well known and most recognizable creation is that of Spider-Man‬. Spider-Man instantaneously spoke to every kid who ever wished they were more. Here was a teenager who went from super nerd to superhero overnight because of a bite from a radioactive spider. I know it always has me on the lookout for radiated arachnids. But Stan was quick to remind us of the cost that comes with great power. As spoken by Spider-Man’s Uncle Ben, who Peter Parker loses early in the saga, “With great power comes great responsibility”.

A couple of weeks ago I got to lead a retreat for some of the young men from our church and strangely enough this was my theme. Responsibility is something we struggle with in our society today. We want to blame or vilify others for mistakes or missteps that we are often just as culpable for. We want to label other generations as irresponsible or lazy or divisive or fill in whatever moniker here. But the truth is, we all have the power to change the world around us. Some of it is on a small scale, and yet some of us may have an even larger platform. Stan Lee would have reminded us that with Great Power comes Great Responsibility. Almost sounds a bit familiar to those of us who follow Jesus. “From everyone who has been given much, much will be demanded; and from the one who has been entrusted with much, much more will be asked.” – Luke 12:48 A huge piece of our walk in this world is taking responsibility for the world, for each other and for our mistakes. We’ve been entrusted with so much and how we move about in this world matters.

For a while Stan Lee struggled with being a comic writer. There was a quote from one of his countless tributes yesterday that I think illustrates this well, “I used to be embarrassed because I was just a comic book writer while other people were building bridges or going on to medical careers. And then I began to realize: entertainment is one of the most important things in people’s lives. Without it, they might go off the deep end. I feel that if you’re able to entertain, you’re doing a good thing.” And not only did he entertain, but he confronted racism, hatred, abuse of power and many other societal ills through his stories and through his occasional soapbox (you really should look up Stan’s Soapbox sometime). From one of those many engagements we read these words, “The power of love — and the power of hate. Which is most truly enduring? When you tend to despair . . . let the answer sustain you.” Stan Lee understood the power and responsibility that was afforded him through the pages of Marvel comics. He may be missed, but his influence is evident. Today may we understand the same power and responsibility is gifted to each one of us through whatever walk of life we are on. And may we find a way to let our light shine.